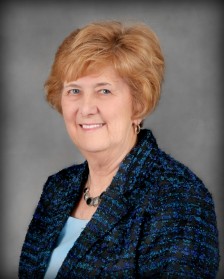 Carole H. Hartman became involved in the insurance business in 1965 when she obtained her insurance agents license. In 1989 she became the owner of Pendleton County Insurance Agency located in Franklin, West Virginia. Ms. Hartman became a director of The Mutual Protective Association of West Virginia in 1992 where she currently serves as its Secretary/Treasurer.

Ms. Hartman has served as a Director of Allegheny Bancshares and its subsidiary banking institution, Pendleton Community Bank, since 1990 where she currently serves as the chairperson of the Board of Directors.

Ms. Hartman is active in her community where she currently serves on various service organization boards including the Thorn Spring Park Association, serving as it treasurer, Potomac Highland Wounded Warriors chapter, serving as its secretary-treasurer, and she is a member of Relay for Life team. Additionally, she is a member of the Walnut Street United Methodist Church in Franklin, West Virginia where she serves a church trustee.

Ms. Hartman also owns and operates County Line Guest House and is a hobby farmer. She has one daughter, Dr. Heidi Hartman, DO, who is a radiology fellow at the University of North Carolina School of Medicine, Chapel Hill, North Carolina.