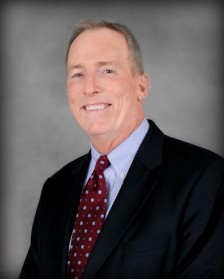 Donald J. Baker, Jr. has been a member of the Board of Directors for the The Mutual Protective Association of West Virginia since 2006. He is the prior owner of Baker Insurance Services in Moorefield, WV.

Mr. Baker received his Bachelor of Science degree from West Virginia University in 1971. After teaching social studies at Moorefield High School, he was named Executive Director of the Hardy County Rural Development Authority serving in that capacity until 1983. He was then named Executive Director of the West Virginia Railroad Authority until 1993 when he began his insurance career.

Mr. Baker is a member of the Board of Directors of the Grant County Bank and Highlands Bankshares. He was also the first president of the Hardy County Chamber of Commerce.

Mr. Baker is married to the former Beverly Thomas of Milam, West Virginia, is the father of two children and has two grandchildren.