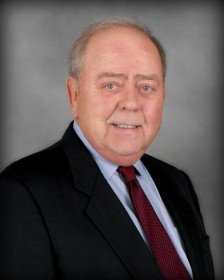 Clyde M. See, Jr. has been a member of the Board of Directors and general counsel of The Mutual Protective Association of West Virginia for 35 years. He has served as president of the Company since 1997.

Mr. See has also been a real estate broker for over 30 years and is a U.S. Army veteran.